Learn how to get the most value out of your DevSecOps toolchain and pipeline investments. 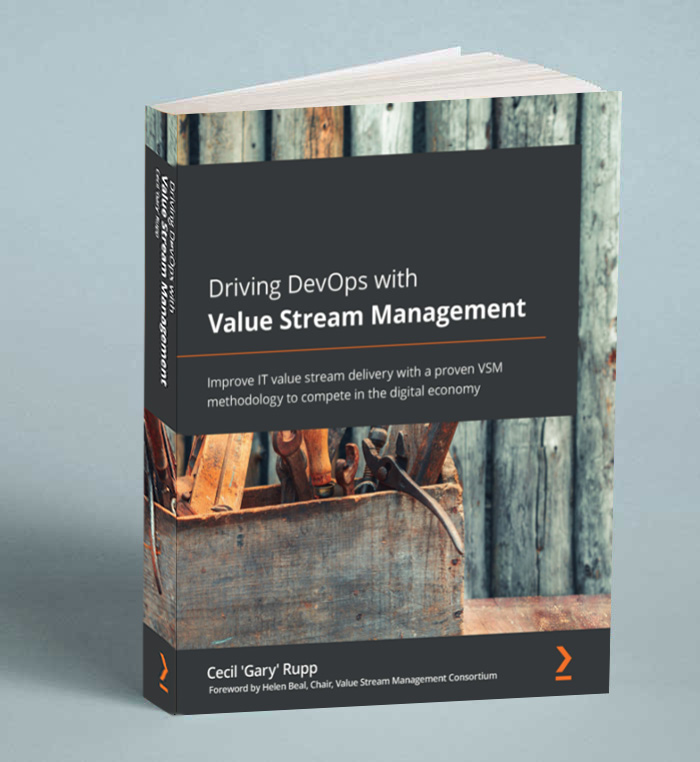 Value Stream Management (VSM) opens the door to maximizing the ROI on your DevOps pipeline investments by improving flows and eliminating waste. Most importantly, VSM and DevOps together deliver value stream improvements across enterprises for a competitive advantage in our digital world. Driving DevOps with Value Stream Management provides a comprehensive review and analysis of industry-proven VSM methods and tools to integrate, streamline, and orchestrate activities within a DevOps-oriented value stream.

You’ll start with an introduction to the concepts of delivering value and understand how VSM methods and tools support improved value delivery from a Lean production perspective. Next, the book covers the complexities of implementing modern CI/CD and DevOps pipelines and then guides you through an eight-step VSM methodology with the help of a use case showing an Agile team’s efforts to install a CI/CD pipeline.

This book is free from marketing hype, or vendor bias yet introduces the leading VSM tool vendors and the customer use cases that showcase their products’ strengths. As you advance through the book, you’ll learn four approaches to implementing a DevOps pipeline and get guidance on choosing the best fit.

Finally, you’ll learn how to apply VSM practices to identify improvement opportunities across all development and operational value streams to discover areas where digital innovations can help drive competitive advantage. 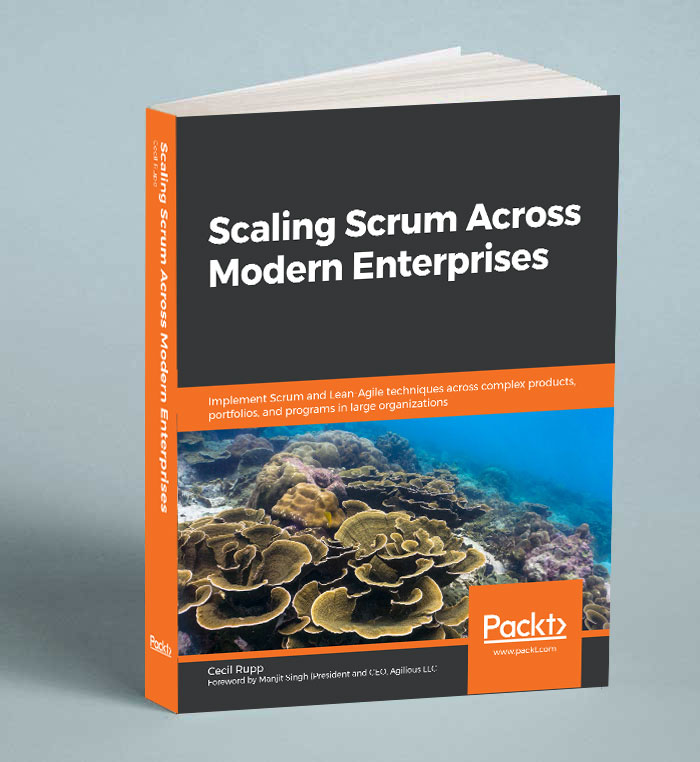 Scaling Scrum Across Modern Enterprises describes how modern Scrum and Lean-Agile practices help integrate and synchronize multiple teams’ efforts to collaborate on large-scale product development and delivery activities. Rather than focus on one particular strategy, the book takes an agnostic approach to introduce and compare the leading Scrum and Lean-Agile scaling strategies in a single reference source.

Agile practices have their roots in the software industry but are similarly useful across all business types, government agencies, and non-profits. Moreover, we live in a digital era where computing systems and software enhance business processes and product functionality across all industries. Therefore, modern Scrum and Lean-Agile practices help improve agility across all value creation activities, while simultaneously supporting business agility on an enterprise scale.

Organizations that can rapidly evaluate alternatives and competitively respond to changes, and do so from a customer-centric and value-added perspective, have a distinct competitive advantage. This book is a must-read for all organizations that seek a competitive edge on all fronts of their business.

An introductory and historical guide to software and systems development 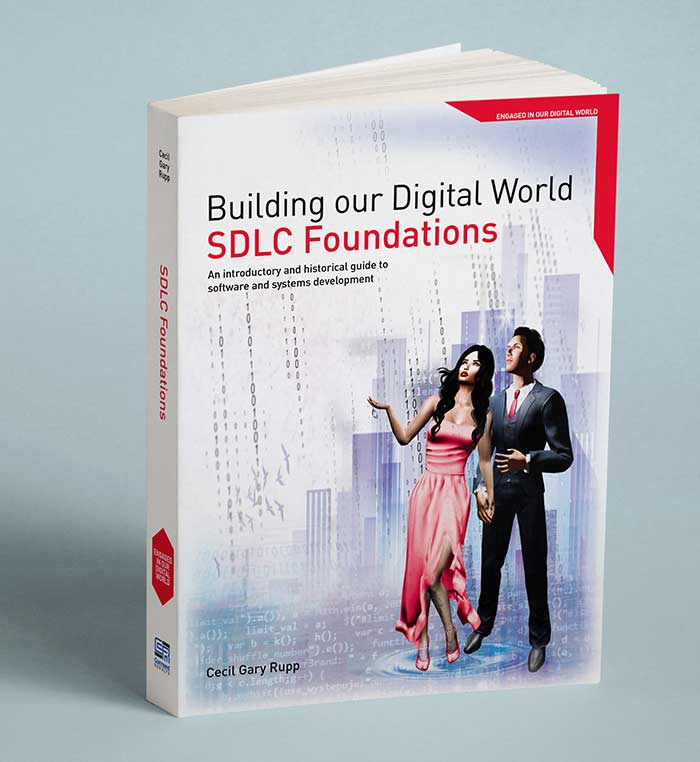 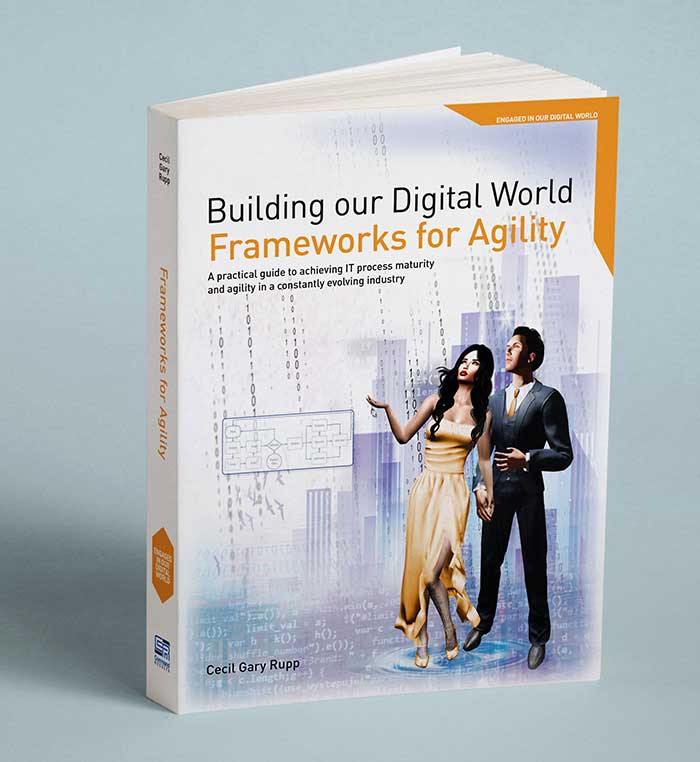 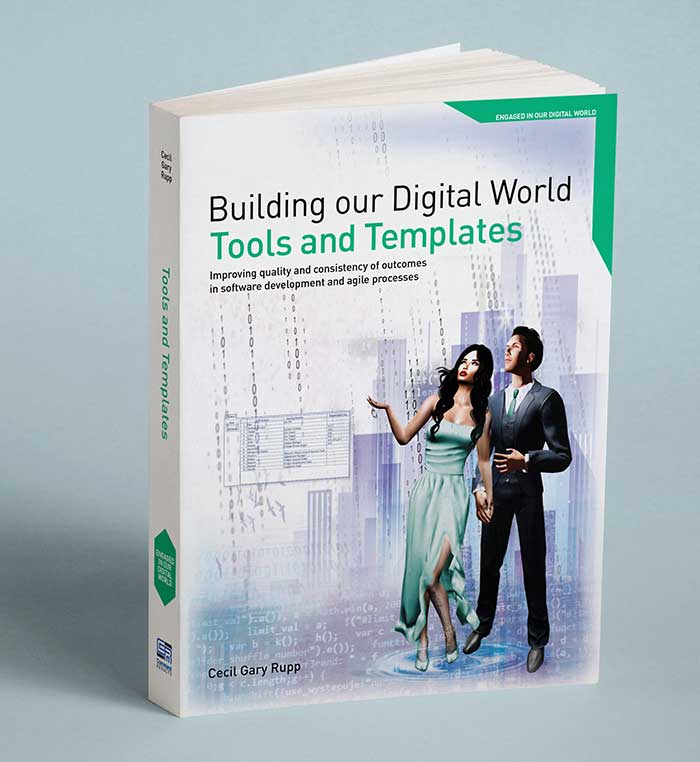 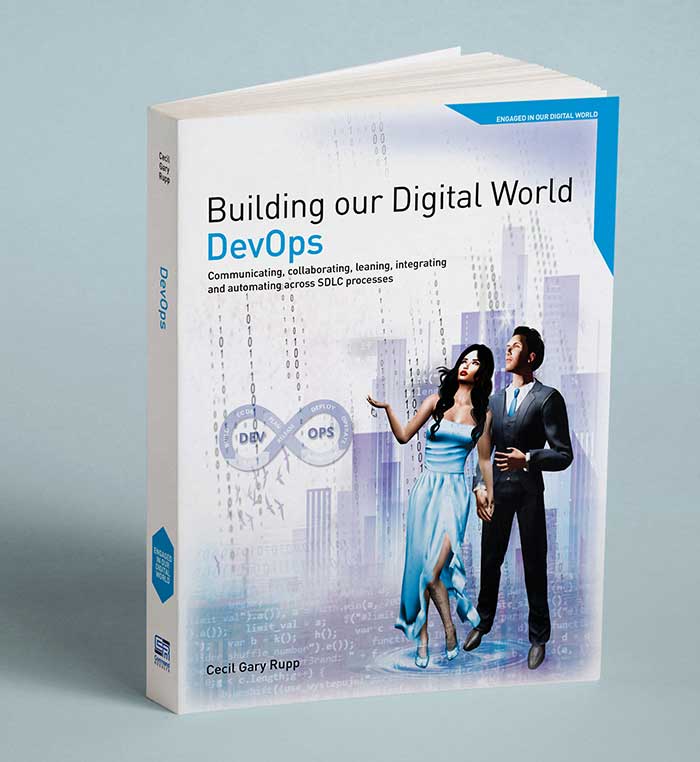 Engaged in our Digital World

Along the way to publishing this series of books, I discovered two important things. One, it takes a good team to develop a quality product. Second, even seemingly trivial tasks, like designing the book covers, can turn into large projects in their own right. Such was the case with designing the Building our Digital World series book covers, and the associated artwork titled “ENGAGED IN OUR DIGITAL WORLD.

The design concept began with the notion that we are all connected to a digital world; a world that is built by the efforts of software and IT-based systems developers. My book designer, Adam Hay, of Adam Hay Studio, and I saw several artificial intelligence (AI) based artworks that suggested such connections. While I liked the imagery of some of the AI-based artworks, they typically included pictures of androids or robots. I wanted to make the point that it’s humans who are increasingly connected to our digital world. Besides the digital connections, I also wanted to convey the role software programming plays in forming such digital connections.

We could not find an existing commercial illustration and graphic that evoked the image I was seeking. So, I turned to the folks at Unzipped Designs, Victoria Moore and James Neely, to see if they could come up with a custom design for us. Victoria and James both work as artists in 3d modeling formats. James is a 3D creature and character artist who holds two patents for digital sculpting in product designs and the use of 3D models for pre-visualization of  product packaging concepts for marketing purposes. Victoria is a software programmer who also develops 3d avatars for gamers. A perfect fit!

Are the human-directed avatars and their digital world real, or imagined? I submit it’s increasingly difficult to tell. After all, who as a gamer doesn’t believe that the avatars they use, and those that surround them in their digital worlds, at least for the time of their play, represent reality and a real place where they reside and interact with others?

I hope you enjoy the artwork as much as we enjoyed collaborating on the design.